What is the Importance of women’s empowerment?

Women’s empowerment is a term that has come to mean many things, from women’s political participation to the ability to access education and health care. The definition of the term varies depending on who you ask, but it is often used to describe the social, economic, and political empowerment of women.

Many people believe that women can be empowered without necessarily empowering men. Others argue that there can be no such thing as female empowerment without male involvement because it requires both genders to work together toward common goals.

Women’s empowerment is the process of enhancing the capacity of women to participate in and benefit from the social, economic, cultural, and political processes. It is an area of work that has gained increased attention from governments, international institutions, civil society organizations, and the private sector.

The importance of women’s empowerment can be seen in its impact on development outcomes. Research shows that when women can exercise their rights they have a positive impact on health, education, productivity, and income generation. The Commission on the Status of Women identified ten indicators for assessing progress in achieving gender equality:

Women’s empowerment is a fundamental human right and one that should be promoted as such. It is also a critical component of sustainable development, as women are half of the world’s population and play a major role in the economy and society.

Women’s empowerment can be defined by four dimensions: economic, political, social, and psychological. For example, if women have greater access to education and employment opportunities they will have increased earning potential which will help them to better provide for themselves and their families. However, this is not enough – women must also be able to participate in decision-making at all levels of society.

The impacts of empowering women are wide-ranging but include improved health outcomes for mothers and children; increased participation in politics and governance; reduced rates of violence against women; increased access to credit; more efficient use of natural resources; higher levels of community resilience; stronger economies; more stable societies; more equitable distribution of resources among men and women; greater self-esteem; less risk from HIV/Aids infection due to condom use etc.

Women’s empowerment has been a hot topic for years. To be empowered means to have power or authority over others, and the goal of many women’s empowerment initiatives is to give women the ability to make their own decisions. However, some issues prevent women from taking advantage of these opportunities.

Women’s empowerment is a huge issue and it is not just about the government. It is important to hear the voice of women because they are the ones who are facing challenges in our society.

I believe that there are many issues with women’s empowerment, but I will try to address two of them: 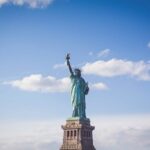 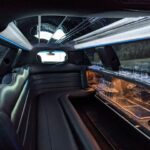