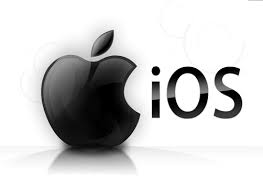 If you’ve used an iPhone or iPad, you might be familiar with Apple’s mobile operating system, iOS, but you might not know what IOS is or what it stands for.

What is iOS? What is the current iOS version? Everything you want to know about Apple’s mobile operating system will be covered here.

What exactly is IOS?

Apple’s mobile devices run on iOS, the operating system found in the iPhone and iPod Touch. Until 2019, it was the software powering iPads (more on that in a moment).

An operating system (OS) is software that manages the overall functioning of a computer and is, therefore, crucial to its use. It keeps track of everything in your laptop and provides a way for the computer’s hardware and software to talk to one another.

You are free to install Windows, Mac operating system, or Linux on your personal computer. IOS from Apple and Android from Google are the two most widely used mobile OSes.

The Meaning of IOS

For the whole picture, you’ll need a little more background on iOS. The initial name for the iPhone’s software, unveiled alongside the device in 2007, was “iPhone OS.” The iPod Touch (which debuted later in 2007) runs iPhone OS despite its moniker.

This same operating system was also used in Apple’s 2010 iPad release. Later that year, Apple released version 4.0 of their mobile operating system under the new moniker “iOS” because the platform was no longer exclusive to the iPhone.

You may also be wondering about the origin of the I in their logo. Since the iMac’s debut in 1998, Apple has implemented this across all its products.

“IMac emerges from the union of the excitement of the internet with the simplicity of Macintosh,” Steve Jobs noted. Apple elaborated by displaying a slide indicating that the I prefix also stands for “individual,” “instruct,” “inform,” and “inspire.”

What Is the Most Recent iOS Release?

If you’re interested in testing out the most recent changes to Apple’s software, which may be rough around the edges, you may find them in beta. IOS 15 is the most recent release of Apple’s mobile operating system. Specifically, Apple launched 15.3.1 on February 10, 2022.

See what’s new in iOS 16.0.2 to learn about some of the most exciting additions to the latest version of the operating system.

What about Previous IOS Releases?

After the advancement from iOS 14 to iOS 15, in the past, when Apple made a significant update to iOS, it stopped supporting previous versions. Even after iOS 15, Apple maintained support for iOS 14 and made the jump to iOS 15 a voluntary process. The business also provided security fixes for devices running iOS 12 that were unable to upgrade to the most recent version.

It’s fantastic that Apple continues to issue upgrades for older devices, but the firm will have to stop supporting them someday. To learn which gadgets are compatible with the most recent version of iOS, go to the bottom of Apple’s information page.

When new versions of iOS become available, your iPhone will notify you so that you may upgrade automatically. Setting > General > Software Update is where you may manually check for updates whenever you choose. If you’ve already installed the latest update, this page will tell you which version of iOS you’re using.

A system backup should be performed before installing any system upgrades. You may back up your iPhone in two ways: to iCloud and your PC. Although neither is without flaws, they are both simple to implement.

Automated iCloud backups are a time-saver. Having an offsite backup also ensures that your data is safe in the event of a fire, flood, or theft.

Unfortunately, most users can’t rely on iCloud backups unless they’ve purchased more storage space. Apple’s free iCloud storage is only 5 GB, which is probably not enough to save anything on your phone you wish to back up.

Go to the iPhone’s Settings menu and toggle on iCloud Backup. To access your iCloud storage, enter the Apple ID page by tapping your name at the top of the screen. Select iCloud Backup from the apps that may be backed up to the cloud.

There isn’t much setup process involved in backing up to your PC. If you’re using Windows, you can only back up through iTunes. Instead, launch Finder and navigate to your device’s name in the Locations section of the sidebar to have the same effect.

Just sync your phone with iTunes or Finder after plugging it into your computer. If you’ve connected your phone to this particular computer for the first time, it will ask for your passcode before allowing any data to be sent.

When the device button appears in iTunes’ menu bar, you may begin to sync your device (under Controls and Account). You can access the device page in iTunes by clicking that icon (you might also need to connect your phone’s name at the top) and then selecting Summary from the menu on the left.

However, What About The Ipad’s Operating System?

IOS has been the operating system for every iPhone, iPod Touch, and iPad since 2010. However, Apple eventually included certain iPad-only functions that used the tablet’s more prominent display. Apps could be docked on the home screen, and there was also the option to drag and drop files and utilize a “picture-in-picture” feature.

IOS and iPadOS are essentially the same, but iPad operating system was developed separately so that Apple could focus on the booming tablet market. That’s why they rebranded the tablet OS as iPadOS with the 2019 release of iOS 13. To coincide with 13, Apple also released the first edition of iPad OS.

The term devices” is still often used to refer to the whole range of Apple’s mobile products, so when you see it, you may think of either the iPhone or the iPad. Aside from a few specialized features, someone proficient in one operating system will have no trouble picking up the nuances of another.

It would be best if you now grasped what iOS is when Apple releases new versions. And how to keep current. Like many other Apple products, is meant to be straightforward regardless of your performance.

Learning is essential to use an Apple mobile device effectively. You may significantly improve your experience with your smartphone by learning to utilize the Shortcuts app. 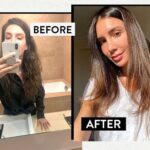 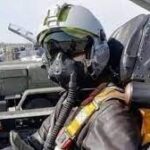